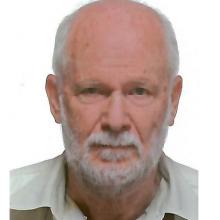 Specializing in Corinthian pottery, the most appreciated and wide-spread fine table- ware of the archaic period, roughly 750-500 B.C., in the Mediterranean, my work follows a binary track to pursue its aim of developing it into a reliable tool for dating. Firstly, while fashions of pot shapes, elements of decorations, and iconography all are relevant here, insight into the development a painter’s style has undergone is the most rewarding path to this goal. To this aim, I have amassed an enormous amount of data in the form of photographs and descriptions, materialized in a database now contain-ing over 65.000 records, to be made available to a wider public in the near future. Having recognized more than 700 different hands, new material is still helping me to solve and refine the problems. It leads to publications of material as the second track.