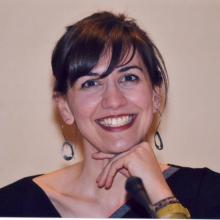 The ceramic and iconographic novelties introduced around the second half of the 9th century B.C. onwards occupy an important position in the history of Greek vase painting: technical achievements, such as the construction and firing of oversized vessels, the introduction and development of an adventurous figured style remain among the most frequently discussed in scholarly research. An important aspect of Geometric pottery is the local variations and regional styles that have progressively emerged and seem inextricably related to regional expressions and displays. Our main interest touches upon issues of craftsmanship, mobility of artists and ideas and on the function of pottery and pottery workshops within the intra and inter-regional markets and communities. Pottery production may have answered to regional demands and at the same time seems to have served as the material evidence for ritual expressions, the social display of regional elites and the sustainability of the oikos during a time that precedes the birth of the Greek polis and continues into the early archaic period.
In Attica, pottery production has occupied a central part among discussions on society and craftsmanship as in no other region. Nonetheless, the area of Marathon has remained until recently mainly unknown. In the framework of a three-year research project (ESF 2012-2015) based jointly in ULB, CReA-Patrimoine and the University of Athens (UoA) an important concern was to discuss the use of craftsmanship, and in this case pottery production, as the visible parameter affected by several variables, social, political and economic. In this framework, traditional approaches for the study of pottery shape, type and decoration and formal analysis (MNI measurements and fabrication techniques) allowed the definition of the characteristics of the locally produced ceramics, and the dissemination of the ceramic style, its variation and its implication for the social groups that used it.
A contextual approach of the material assemblages established the strong link of this production to Athens and the rest of production centers located in Eastern Attica and beyond. A special focus on the production, dissemination and consumption of monumental in size vessels that served the funerary practices within those regions has provided a basis for discussing for the first time production networks and communities of practice in the Early Iron Age Aegean and trace the materiality of those networks. Furthermore, the contextual treatment of the pottery assemblages allowed us to explore issues of social exclusivity, gender, social status and wealth. The international conference organized on November 2013 at ULB (CReA-Patrimoine) entitled ‘Pots, Workshops and Early Iron Age Society: Function and Role of Ceramics in Early Greece’ and the following publication of the proceedings in 2015 in the series of Études d’archéologie (no 8) provides some new direction in the study of Early Iron Age pottery from different areas and contexts.
Further research on pottery production and mobility of potters and painters was funded by F.R.S.-FNRS (chargée de recherches 2015-2018). Various classes of pottery of the Geometric and early archaic period from Athens, Attica, the areas around the south Euboean gulf and the Cyclades were considered: the giant pithoi with relief decoration, plain and coarse pottery from Tenos (Cyclades) and fine decorated pottery from Attica and Euboea. Mobility involves almost all aspects of human activity. Mythic narration, heroic stories and even parts of the theogony were transmitted through oral tradition and decorated artifacts from the Late Bronze Age to the Early Iron Age and the Eastern Mediterranean. The history and archaeology of the Early Iron are basically based on the mobility and displacement of larger population groups that culturally transformed both sides of the Aegean sea. In this context our current research on kerameia and potters’ mobility may be further developed towards population movements, and the impact such movements brought to local communities. Approaching long and short distance mobility during the geometric and early archaic period is approaching the activity of a certain social class that both prospered in the new habitation areas overseas or gained economical power through marine activity and claimed political power at home. Either way, the study of artisans’ mobility is strongly related with the rise of a certain “middle class” and its role in the political matters during the following archaic period. This is exactly the area of interest we intend to explore further on.